You can be a better story 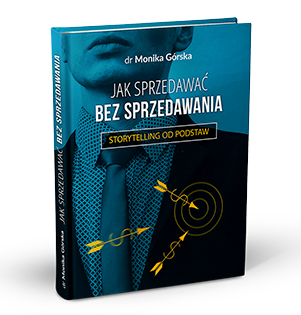 IN THOSE DAYS BOOKS WERE AS RARE AS ORANGES, CHOCOLATE AND HAM.

My childhood was made of a room with a foldable bed, barely wide enough to squeeze through to the tiny kitchen. Mum and I lacked everything. What we did have was books. Lots of them. On one of the shelves, tightly stacked were Tanglewood Tales, English, Lithuanian and Moon Fairy Tales, The Singing Lime Tree, a red bound Andersen and a violet clad La Fontaine. All acquired over the years. There was also a higher, “forbidden” shelf. The 9 volumes of The book of 1001 Nights and Decameron sat there tempting my imagination.

As a student I hitchhiked around Europe. I found even greater fascination for the true stories I encountered along the way. I remember as if it was yesterday. A car filled with stuff and a young nurse, on her way to her first job, telling me her love stories for the elderly she took care of. Lights flashing through the windshield and the gray- haired driver telling about his son who refuses to talk to him anymore. My ears ringing with secrets of management from one of the Nokia directors. Years later, I still remember the talk among the snow clad trees as the best lesson in life and business. True stories… the successes and failures.

It was then that I understood that dramatic events give rise to personal heroes and anti-heroes. I have always wondered how people dealt with the challenges thrown at them, and how they learned from them. I was most attracted to those who turned their failures into success.

Since then I have made close to a hundred films, and those motives and heroes come back most often. Many of those films received awards, so I suppose that this mattered to others too.
One day, destiny threw me a stumbling block, and I had to deal with my own story. On that cold February day my Toyota and I never arrived at the spa resort where I was supposed to rest. The force of impact from the car ahead threw us onto the forest bank. I landed in a hospital with multiple fractures of my pelvis. I was grounded for a year. First in bed, then in a wheelchair and finally the crutches. I was alone with an eight year old son and my mum straight from a tumor surgery. We were imprisoned on the fourth floor without an elevator. On top of that, I couldn’t finish my documentary about two-year-old Alice waiting for adoption.

I wasn’t able to leave the house. I couldn’t work, but I had stories to keep me alive.

Perhaps you never had an accident in your life, but I’m sure you know the feeling of pain and the paralyzing fear of not knowing what lies ahead. Have you ever been on the edge of a nervous breakdown, not knowing if there was enough strength in you to come over to the bright side? Did you feel then that you still had a choice? Did you feel that despite the circumstances you could still decide how to respond to the situation you could not change?

It is you who give meaning to this part of your story. You decide whether to treat this as bad luck, an opportunity to learn something, or perhaps even a life-changing event.
I remember that first night at the hospital. It was three in the morning. The pain woke me up. I understood then that I still had a choice and all the spare time I ever wanted. I could have died, but I didn’t. If my son was there he would have died too. His car seat was completely smashed. What does God have in store for me?

One thing is certain. I was meant to write a new ending to my story. Thanks to the incredible kindness of those who helped me during this difficult period I understood that I was meant to write it for You. That is how Story Factory was born. With all my knowledge and passion, I empower entrepreneurs and experts to tell their stories, so that everyone will listen…
If you have ever wondered why people do what they do, I will tell you what drives me. My high octane fuel is my faith that:
● you can choose the role you like in the film entitled “Your Life” – from the director to roadies.
● you are worth a much better role then the one you often cast yourself in!
● the failures and obstacles are just stairs. You choose whether they take you up or down.
● stories have meaning and great power to change not only your life, your company and your bank account, but also change the world into a better,
more meaningful and friendly place.
● it’s up to you whether you’ll make your life and work a good or a poor story.

It’s not just “wishful thinking”. I have solid proof for it: the “real life” stories that count in the hundreds if not thousands. People I worked with will tell you that finding stories, listening to them, polishing and presenting them is my greatest, God-given talent. And I haven’t forsaken it. Not the least bit.
Tell me what you would like to achieve and what is holding you back and I will show you how working on your story will help you attain that goal.

“I cannot do it”, “I will not make it” and I can’t” for me are just words. I have gone to Spain on a bicycle with only $10 in my pocket. Working tables in Paris I put enough money aside to buy a studio in just a year. I also took a year to write a PHD while being tied to a wheelchair. As a single mother, I left the corporate TV world and started my own company, not even knowing what was the difference between marketing and PR. Just before turning 50, I wrote a visual storytelling manual, I finished another post graduate course and became a coach. In January 2014, I took my son on a hitchhiking trip around New Zealand wearing a t-shirt with the motto: “Don’t worry, tell a story”. For my 50th birthday, it took me just 40 days to write and publish a book Fulfill Your Dream, Your Dream Will Fulfill You. 12 Life Lessons From The Grand Canyon. I believe that the most beautiful times are still to come. It is the same for You. I wish that for you from the bottom of my heart. You didn’t come here by chance.